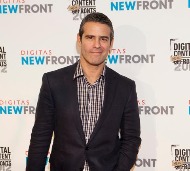 The pair are behind the Andy Cohen-fronted Ex Rated, a social experiment that will see singletons receive standardised ‘exit surveys’ from former partners to learn why their relationships never materialised or simply didn’t last.

Available on the platform from next month, singles of all ages and backgrounds will be given raw, unfiltered feedback on everything from personality to sexual prowess.

The show is the only one on the Peacock slate to feature a UK indie, but joins Heyday Television’s BBC1 series The Capture and Expectation’s Sky comedy Intelligence as other British originals on the service.

A Real Housewives of Miami format is in development.

NBCU streamer Peacock launched last summer in the US with originals including reboots of classic comedies Saved by the Bell and Punky Brewster.