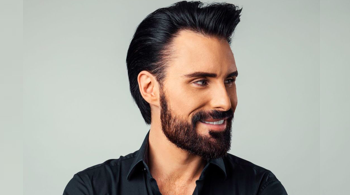 Channel 4 Gets Sex Rated
Monday, 17th October 2022
Channel 4 has commissioned Sex Rated (w/t), a new studio series hosted by Rylan, where single Brits will learn where they may be going wrong in love by asking for frank feedback from their past sexual partners.

Each contributor will find out how they rate in the bedroom via the results of a no-holds-barred feedback survey by a selection of exes. On hand to offer practical advice, an expert sexologist will offer tips and guidance on how they can make their romantic lives better.

Regardless of their age, gender, or sexuality, the series seeks to give each singleton a bespoke lesson in the ways they can achieve more fulfilling sex lives.

Rylan said, “This show is all about sex positivity as I delve into the love life of the nation. I'll be helping unlucky-in-love singletons work out where they're going wrong in their relationships by speaking to the people who they've shared their beds with; their exes! They'll help our singletons learn how their previous sexual slip-ups can be turned into a positive so I'm basically going to be Cupid, but six-foot-four and from Essex”

Lynn Sutcliffe, Managing Director, Mighty Productions said, “The series is entirely sex positive, hugely joyful, and will constructively celebrate the contributors and their kinks. We at Mighty are thrilled to bring this series to air.”

The 6 x 60’ series is commissioned for Channel 4 by Jayne Stanger, Commissioning Editor, Daytime and Features, and Jo Street, Head of Daytime and Features. It will be produced by Mighty Scotland, part of the STV Studios family, with executive producers Lynn Sutcliffe, David Cheesman, and Martyn Bon, and series producer Richard Stowe. BBC Studios will license the format internationally.

If you are over 18 and would like to be part of it please email sexrated@mighty.productions All personal data will be processed in accordance with the Data Protection Act 2018. For full details of our privacy policy please visit: https://mighty.productions/tcs/

Mighty is an independent production company that specialises in entertainment and fact-ent TV shows. It was created by Lynn Sutcliffe and Hugh Rycroft, who have been involved in developing and producing hits including The Weakest Link, Impossible and Tipping Point. In 2022, STV Studios acquired a minority stake in the company.